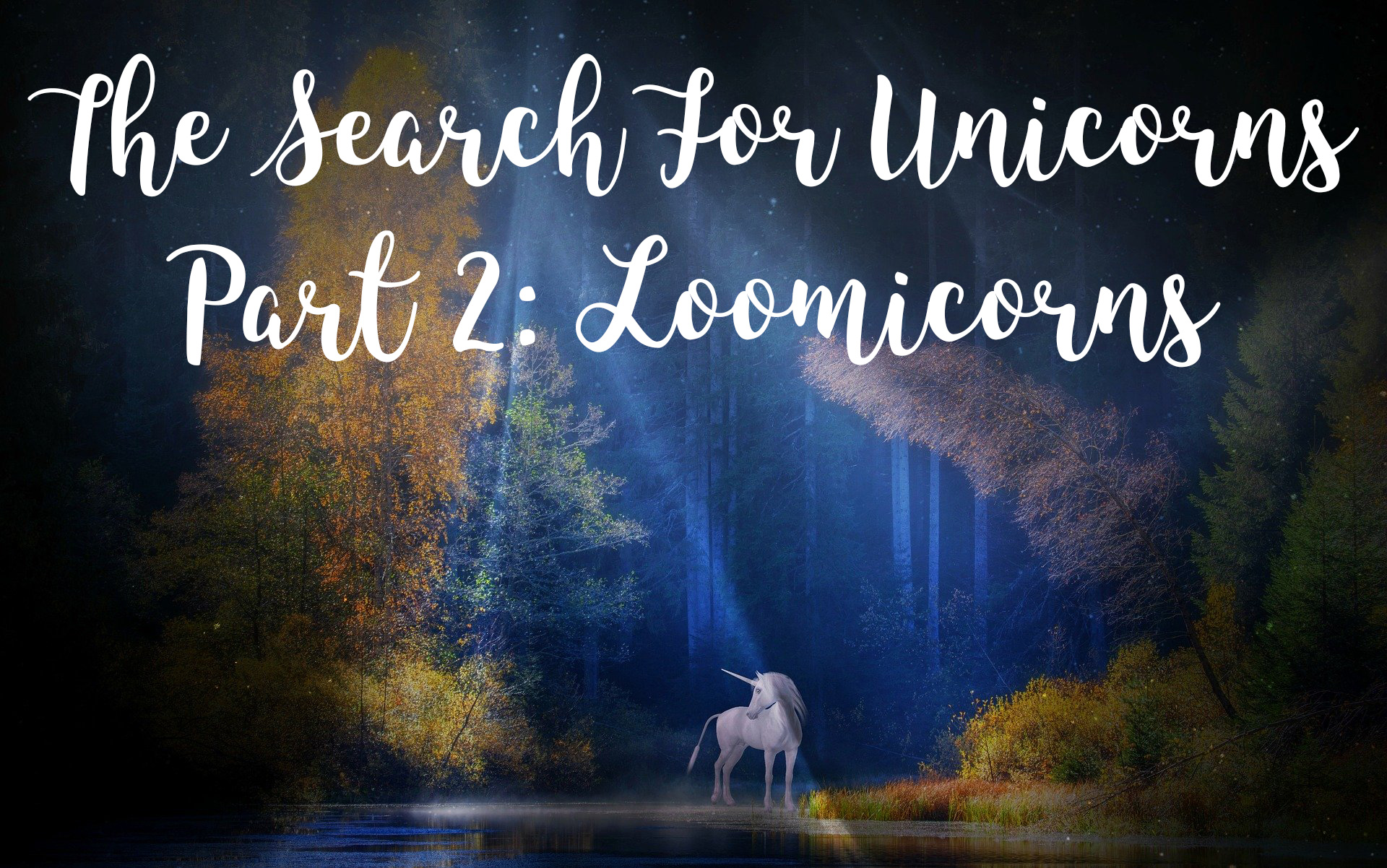 Unicorn Hunting, Part Two. Now that we have talked about wheelicorns, it's time to take a moment to discuss loomicorns.

"I want a new loom," the customer says, "and at those prices, I don’t want to do this more than once!"

"Well, let’s start with placemats. And scarves; can’t forget scarves. Towels, and maybe napkins; yeah, I like napkins. Part of me wants to do tapestries too; I’ve always liked the idea of painting with yarn. Guitar straps! I want to do custom guitar straps, the kind with the name woven into it, like Stevie Ray Vaughn had. And rugs too; my great-grandmother wove rugs during the Depression, and I’d like to honor her memory. But I really need this to be portable too, so I can take it down to the lake where we spend weekends on the houseboat; can I do all this on a rigid heddle loom for $300?"

"Patterns!!!! I like patterns a lot, the more complicated the better. A 16-shaft compu-dobby. But because I really like tapestry weaving too, is there a normal horizontal loom that might could be tilted, you know, like they can tilt operating tables, so that I could put it in a vertical plane and do tapestries on it? And it needs to be usable by a really short person because I’m short; but I don’t want to limit its resale value if I ever decided to sell it, so it needs to be flexible in the way you can sit at it. How big a footprint would that be, because I only have a small room for a studio?"

While these scenarios are just for laughs (well, I certainly giggled writing them!), they are not too far from what actual weavers want to do, and the features they want to have. Everyone wants to combine the fairly small, kind-of portable, folding floor loom image in their mind with a rug loom, but a rug loom needs a lot of lumber, and that automatically means a big loom that simply isn’t portable. Let’s look at that statement though before we leave rugs behind; I am fond of saying that there are “rugs,” and then there are “rug-shaped objects.” A Rug has performance characteristics; it will last and wear well, and will stand up under a lot of traffic, and will not readily fall apart. In order to do this, it needs to be woven under a fairly high tension, and the weft beat in with a very firm beat. Keeping that amount of tension on a loom is a job for beefy timbers; and beating the weft into place firmly takes a heavy beater; we are talking about a lot of loom.

My late mentor, whose Baby Wolf loom I inherited when she died, was fond of weaving looper bathmats on that loom. She told the story of a bathmat she had given as a present, and the recipient (what nerve!) who had returned it just a few months later, asking if she would re-weave it, as it had begun to fall apart. After I got the loom, I saw the tension she had subjected it to; it was considerable, but it still wan’t enough. I replaced the pawl on the cloth advance which was badly distorted, and replaced the drum and cable on the warp beam because of the abuse; it takes a lot to beat up a loom like that, and she had certainly tried.

A tapestry loom really needs to be in a vertical plane for the way our eyes see; but for weaving shawls, towels, and yardage for clothes, a horizontal loom is a better ergonomic choice. It’s kind of silly to weave a 3” wide guitar strap on our 48” wide countermarche loom; an inkle loom is a far more logical and portable choice for a small task like that.

We have been weaving on this planet for over 30,000 years, and we have evolved a lot of different ways of weaving and pieces of equipment to do this on; and just like we have evolved different types of textiles for specialized applications, we have evolved different looms for producing them. Please do be realistic about what you expect your loom to do, and especially if you have a light-weight loom, don’t push it past its limits; you will just end up destroying the loom. And if you have questions, just call us; we really can offer a lot of help and advice. Just please don’t ask us to sell you a unicorn; we can’t, they are mythical imaginary creatures.